"For a great Wildlife Experience, Safaris & Holidays in the Heart of Africa"

We Dove Adventure Tanzania aim to share our Wildlife Experience, our culture, the history & culture beyond our ancestors together with our personal stories to our future ambassadors who are our guest today. We are local Tour Operator and Travel Company registered, licensed and operating under the laws regulating Tour Companies in Tanzania through the Ministry of Natural Resources and Tourism. The founders have been conducting Tourism activities since 1999 around the Country. The Company organizes Safaris of all kind & excursions to all National Parks in Tanzania, Game Reserves, Historical Sites & Cultural activities in Tanzania including Beach holiday and excursions in Zanzibar isle, Mountain Climbing and trekking, Universities Educational vacation, VIP Assistance services, Airport Transfers, City Tours, Cruise ships shores excursions, Car hire and many more Tourism activities in Tanzania. The Company supports local communities in educational material, healthcare knowledge and lifestyle improvement through entrepreneurships skills. Please support us by booking your Tanzania holiday package with Dove Adventure Tanzania.

Being one of the trusted and reliable safari operators, Encircle East Africa Safari offers complete support

At Dove Adventure,we are driven with excitement for the unique magnificence and miracle of Tanzania. We need to share.

As much as your holiday is about quality time and exploration, value is still a key factor. Hidden Retreats offers around.

Tanzania, East African country situated just south of the Equator. Tanzania was formed as a sovereign state in 1964

Being one of the trusted and reliable safari operators, Encircle East Africa Safari offers complete support

We believe that environmentally-friendly, quality tourism enables Tanzania to build a stronger economy.

We believe that environmentally-friendly, quality tourism enables Tanzania to build a stronger economy and international networks. At Dove Adventure, we also wish to give back to our community by providing more and more street children with the resources and connected relationships they need to fulfil their dreams.

At Dove Adventure,we are driven with excitement for the unique magnificence and miracle of Tanzania. We need to share the richness and love of Tanzania with others from around the world. We do this by helping our guests to organize the ideal African travel inclusion: an individualized and extraordinary taste of African friendliness and untamed wildlife, where each piece of your voyage is circumspectly considered and radiantly arranged.

As much as your holiday is about quality time and exploration, value is still a key factor. Hidden Retreats offers around the clock access to your travel advisor, incredible bespoke itineraries and access to moments of pure bliss around the world. You can relax knowing that our knowledgeable agents will find you the very best holiday maximising the potential of your budget, no matter what the size. From start to end our experts will be on hand to advise, share their knowledge and open up the world of opportunity for you.

Tanzania, East African country situated just south of the Equator. Tanzania was formed as a sovereign state in 1964 through the union of the theretofore separate states of Tanganyika and Zanzibar. Mainland Tanganyika covers more than 99 percent of the combined territories’ total area. Mafia Island is administered from the mainland, while Zanzibar and Pemba islands have a separate government administration. Dodoma, since 1974 the designated official capital of Tanzania, is centrally located on the mainland. Dar es Salaam, however, remains the seat of most government administration, as well as being the largest city and port in the country.

Arab traders first began to colonize the area in 700. Portuguese explorers reached the coastal regions in 1500 and held some control until the 17th century, when the sultan of Oman took power. With what are now Burundi and Rwanda, Tanganyika became the colony of German East Africa in 1885. After World War I, it was administered by Britain under a League of Nations mandate and later as a UN trust territory.

Mainland Tanzania can be divided into four principal climactic and topographic areas: the hot and humid coastal lowlands of the Indian Ocean shoreline, the hot and arid zone of the broad central plateau, the high inland mountain and lake region of the northern border, where Mount Kilimanjaro is situated, and the highlands of the northeast and southwest, the climates of which range from tropical to temperate. Tanzania’s warm equatorial climate is modified by variations in elevation. The high amount of solar radiation throughout the year is associated with a limited seasonal fluctuation of temperature: the mean monthly variation is less than 9 °F (5 °C) at most stations. Ground frosts rarely occur below 8,200 feet (2,500 metres).

According to most reputable surveys, Tanzania’s population includes more than 120 different indigenous African peoples, most of whom are today clustered into larger groupings.Because of the effects of rural-to-urban migration, modernization, and politicization, some of the smallest ethnic groups are gradually disappearing.

Swahili is the principal language in Zanzibar and Pemba. The classical dialect is Kiunguja. Arabic is also important, because of long-established Islamic tradition, past Arab influence, and the presence of a large Arabic-speaking minority.

Tanzania has witnessed several disasters in the past decade, which resulted in substantial mortality, long-term morbidity, and significant socio-economic losses. Health care facilities and personnel are critical to disaster response. We assessed the current state of disaster preparedness and response capacity among Tanzanian regional hospitals.

Tanzania has witnessed several disasters in the past decade, which resulted in substantial mortality, long-term morbidity, and significant socio-economic losses. Health care facilities and personnel are critical to disaster response. We assessed the current state of disaster preparedness and response capacity among Tanzanian regional hospitals.

In Tanzania, the number of disasters has increased substantially in the past decade. These disasters have claimed the life of many citizens, leaving some with permanent disabilities, and causing disruption of infrastructure and settlement.

As highlighted in the description of the disaster, TRCS deployed a National Disaster Response Team (NDRT), a Branch Disaster Response Team (BDRT) and volunteers from TRCS branches of Arusha, Dar es Salaam and Zanzibar to evacuate affected people and administer first aid to people in need, immediately after the flooding occurred. A total of 150 volunteers are involved in the emergency interventions in the three regions.

Tanzania Red Cross regional branches conducted a rapid impact and needs assessments from 14-16th April to assess the damage and needs on the ground. Based on the initial findings, TRCS did an initial distribution with prepositioned stock which only covered Dar es Salaam due to the limited stock available.

HOW SAFE IS THE SAFARI?

While there is an innate hazard while going on safari and in Africa, it is not any more hazardous than voyaging anyplace else on the planet. You will be in wildlife-rich regions more often than not you are on safari and will come into moderately close contact with wild animals. The camps are, however, safe and the aides that will go with you are very much prepared. Generally, excellent therapeutic air salvage administrations are accessible and the camps and lodges are in great radio contact with them consistently.

DO I NEED MALARIA MEDICATION FOR A SAFARI IN TANZANIA?

There is no vaccine available against malaria. We recommend the use of anti-malarial medication, but again, it is best to take this up with a travel medical specialist. Malaria is an infectious disease that is caused by a parasite. You get it from the bite of a mosquito that carries the parasite. These parasites multiply first in the liver cells and then in the red cells of the blood. The symptoms include shaking chills, followed by fever, usually preceded by flu-like illness. To protect yourself against mosquito bites, you can spray yourself with insect repellent containing DEET, and make sure to cover your body properly if you are outside after sunset.

WHAT IMMUNIZATIONS DO I NEED BEFORE GOING ON SAFARI?

Inoculations that should be considered are Hepatitis A and B and Typhoid, we propose you contact an explorer’s facility for specific suggestions for the nation you are heading out to. A Yellow Fever inoculation is required if you are making a trip to Zanzibar. We can give contact numbers to a movement prescription facility in your city.

IS THE WATER SAFE TO DRINK WHILE ON SAFARI?

Every one of the camps and lodges that we use in Africa supply separated and filtered water. We do urge individuals not to over-utilize the filtered water, for environmental reasons; it is dependably a smart thought to take an individual water cup with you, which can be topped off by the camps clean water supply.

SHOULDN'T SOMETHING BE SAID ABOUT VISAS?

Canadian and American residents are required to buy visas to enter Zimbabwe, Zambia, Kenya, and Tanzania. Visas can be acquired through the applicable embassy or high commission before movement or on landing in the port of passage of the nation you are visiting.

WHAT ARE THE VISA EXPENSES?

These expenses change constantly. We will instruct you regarding the present visa prerequisites per nation. It would be ideal if you additionally observe the connections page for international safe haven subtleties.

ARE THERE ANY LUGGAGE RESTRICTIONS?

For international flights, please check with your individual airline as check-in and carry-on luggage restrictions vary from airline to airline. Concerning domestic internal flights from Arusha to the Serengeti or Arusha to Zanzibar, the luggage restriction is between 15 kg or 33 lbs, and we recommend the use of smaller soft bags rather than big suitcases. Excess luggage can be accommodated at the discretion of the airline, and additional charges will apply.

DO I NEED TO TRAVEL PROTECTION?

Crossing out, interference and crisis medicinal travel protection are basic to secure your speculation. Travel protection ought to be acquired when you affirm your safari with a store. It would be ideal if you note that crisis therapeutic inclusion is a state of booking a trek with Safari and Company to Tanzania. 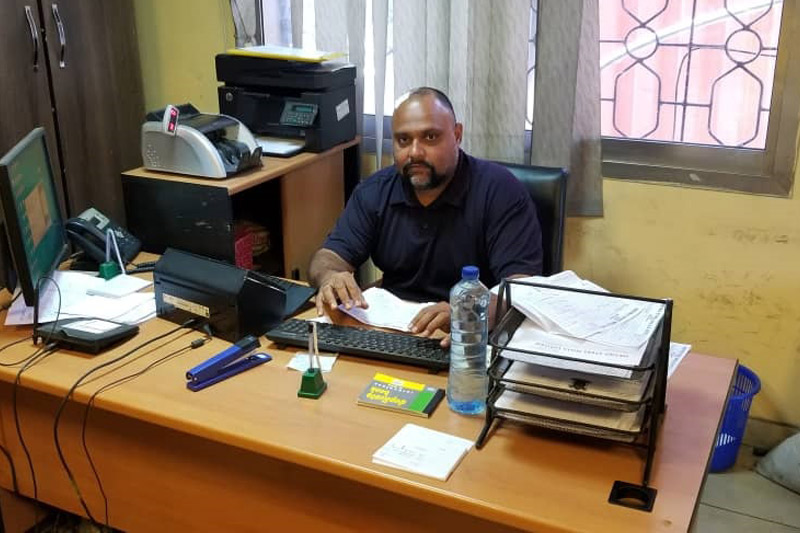 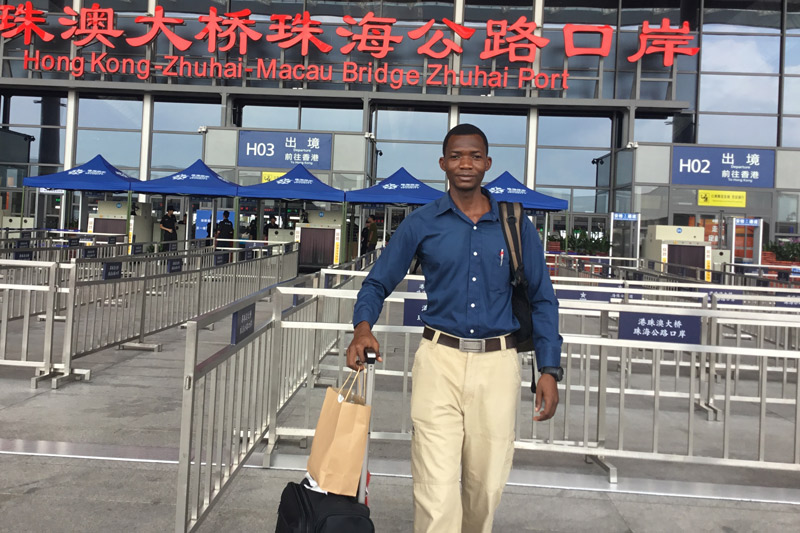 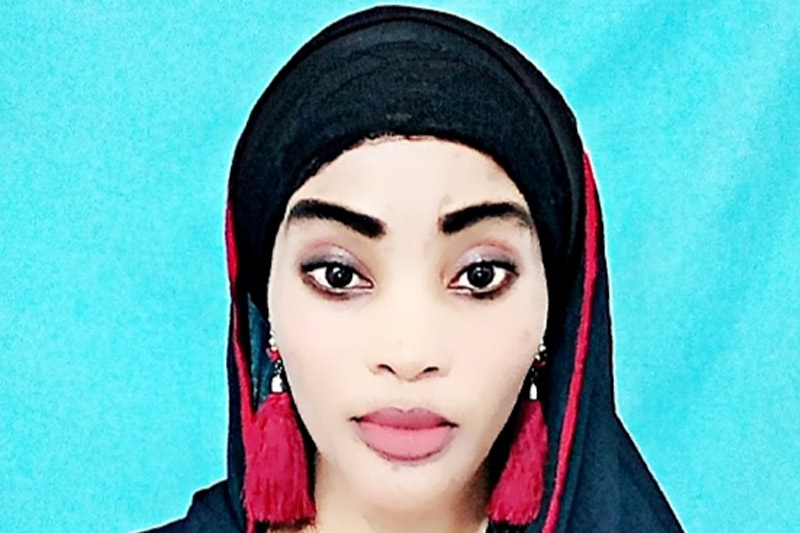 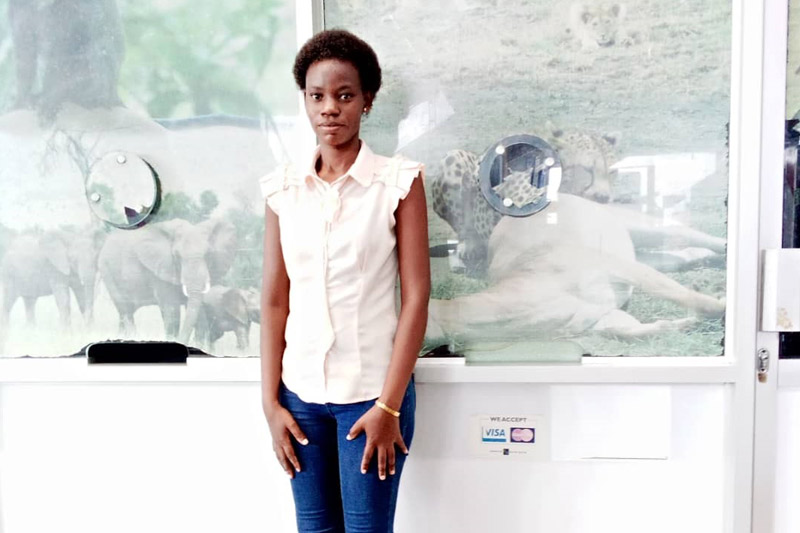 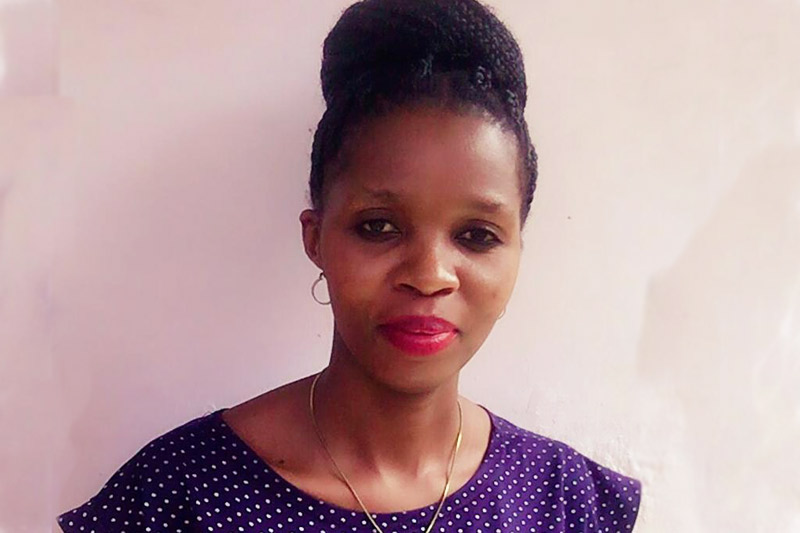 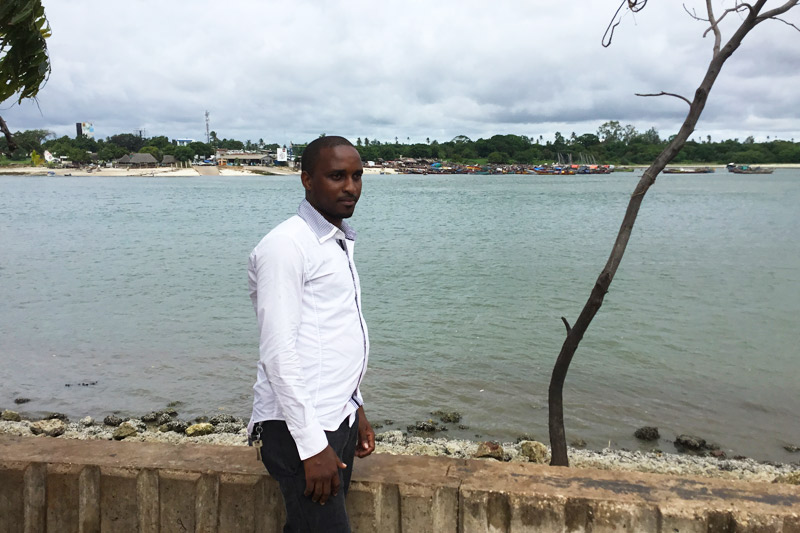 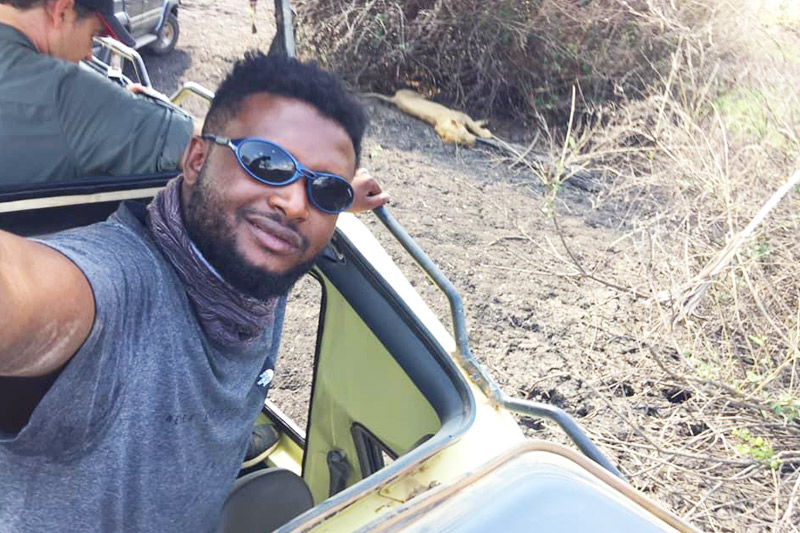 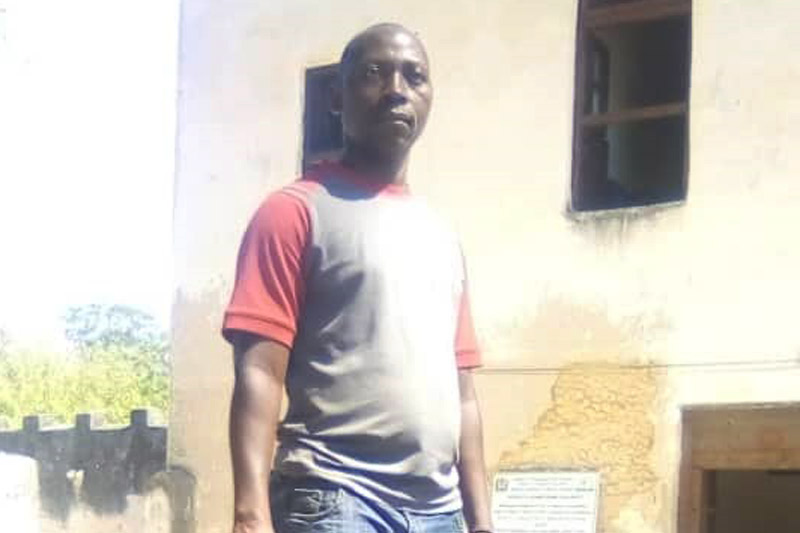 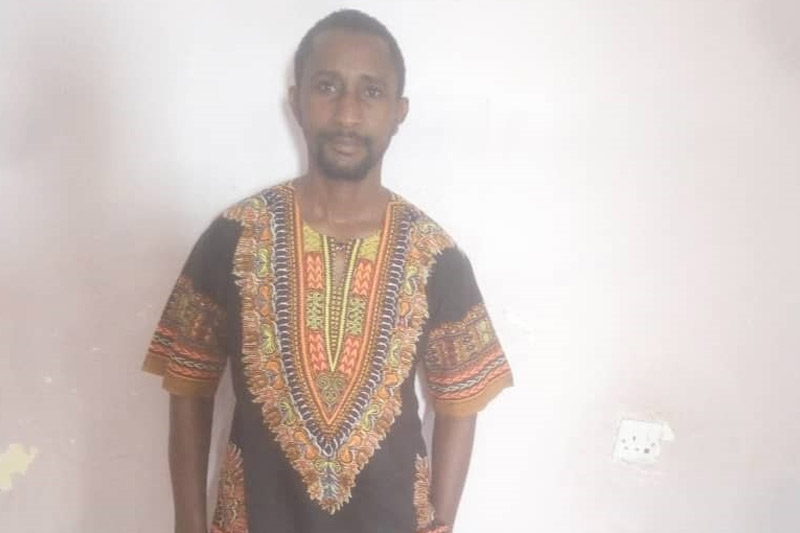 Exploring the wonders of Tanzania has never been as comfortable as it is today. Our safari fleet comprises well maintained safari Landcruiser, which are equipped with everything for a fantastic and enjoyable adventure: chargers for gadgets and video/photo cameras, spacious fridges for refreshing drinks and ergonomic seats, adapted for absorbing, but sometimes long cruising experiences in the National Parks, as well as for helping less fortunate and cautious tourists and drivers in the savannah, each car has several jack-screws, tow cables, shovels and spare tyres.

We believe in value for money. Every guest would like to have the most reliable and comfortable vehicles on safari. In response to the clients’ needs, we have a very strict vehicle replacement policy that ensures a young fleet at all times. We have a total fleet well-maintained motor vehicles, predominantly 4-wheel drives.

Every 4×4 vehicle is fully equipped: 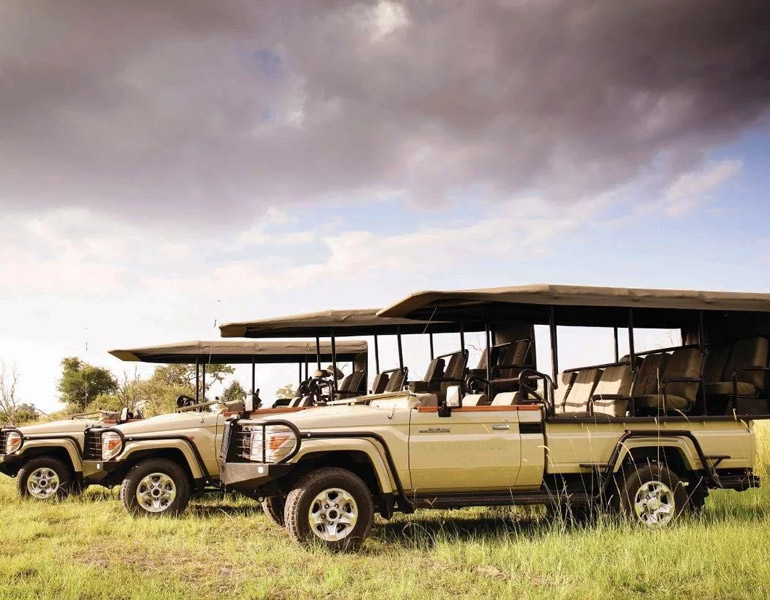 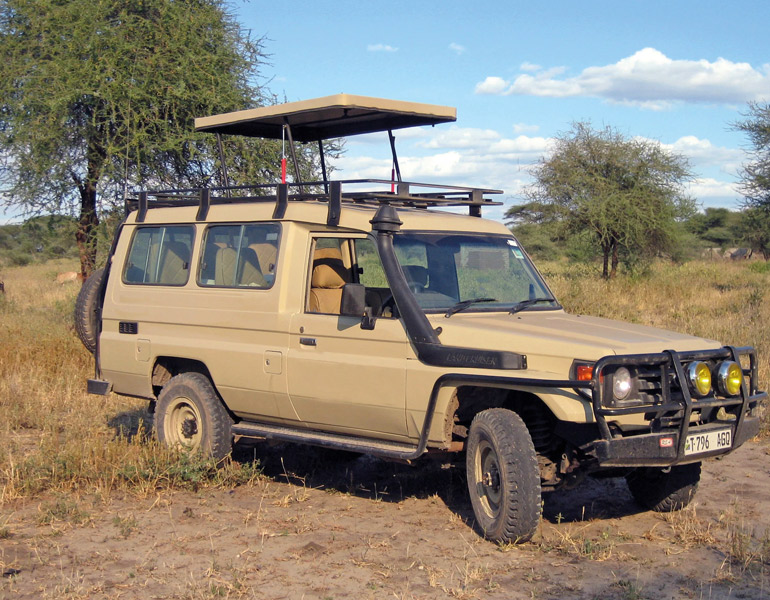 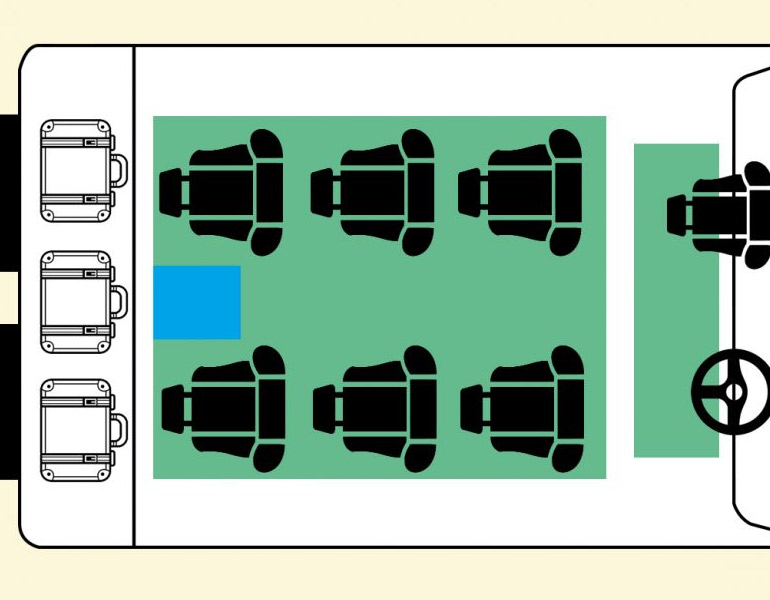 What are our guest saying about us

Taking care of your travel

Customize your Trip with choose a Tailor-Made destination, pick your lodges, and we'll do the rest 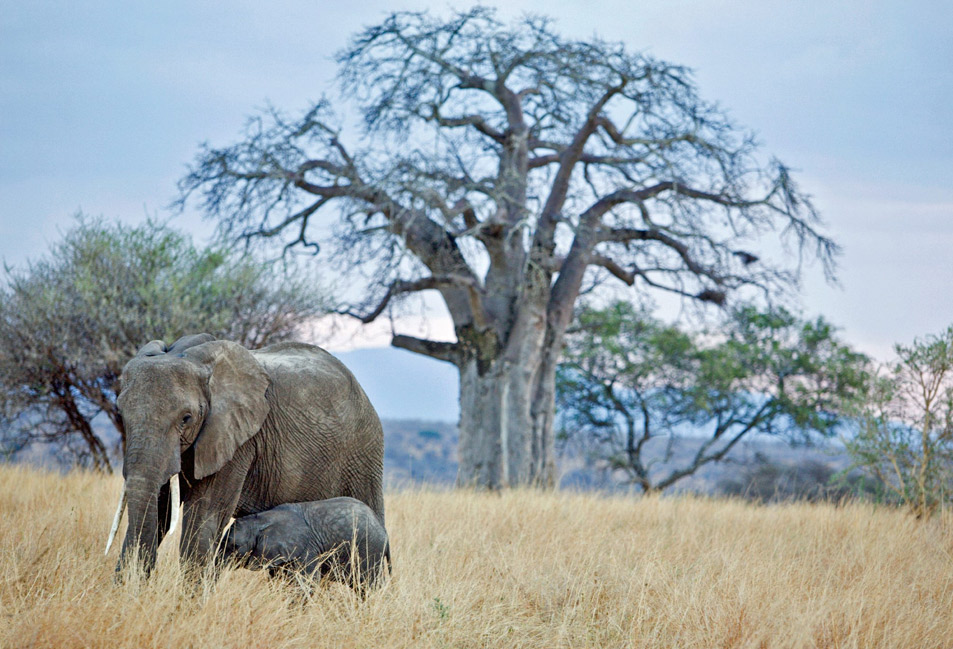 For a great Wildlife Experience, Safaris and Holiday in the Heart of Africa